With the Virgin Money London Marathon under six weeks away, it’s exciting to know that no less than five Woodbridge Shufflers will be flying the Club flag at the biggest event in the racing calendar.

Dave Alley, Sarah Cousins, Ian Coxall, Richard Dempsey and Matthew Hunt will all take to the capital’s streets on 23rd April 2017. Here’s a chance to hear their stories and to support their brilliant fundraising efforts.

Dave, who achieved his place through the VLM ballot, is supporting Mind, the charity for mental health, and The Teenage Cancer Trust.

“I’m feeling very excited about running the London Marathon.  I hadn’t run a Marathon before I joined the Woodbridge Shufflers, but was inspired by some amazing people in the club.  Everyone was incredibly supportive, and really made me believe that I could do it.  Since completing my first Marathon in 2013 I haven’t looked back, and have now run several Marathons and Ultra-Marathons. But this is my first time at the VLM – the Big One!”

“Running is now a huge part of my life, and my place in the London Marathon gives me an opportunity to raise money for two amazing charities.  All sponsorship raised will go directly towards helping people when they need it most.” 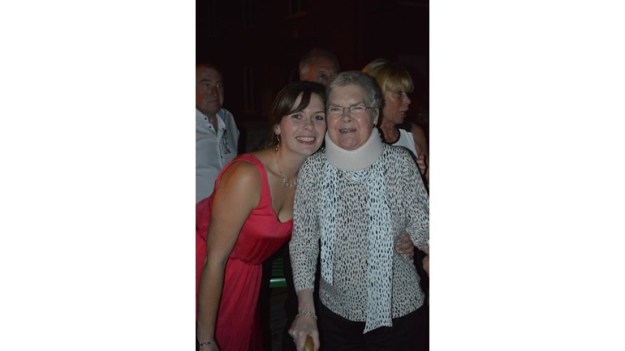 Sarah Cousins and her late mum

Sarah gained her VLM place through the Woodbridge Shufflers ballot. Sarah is raising money for the Arthur Rank Hospice Charity, a Cambridge based organisation that provides free care to people with a life-limiting illness.

“London is my first marathon. I completed a half marathon on my 21st birthday nearly ten years ago and have enjoyed many shorter distances with the Shufflers since then, but this will be the longest I will have ever run. Each Sunday, I head out on a long run with the club. Thanks to their support, I’m running increasingly longer distances each time and they’ve been a huge part of this achievement.”

“My Mum sadly died in November 2016, just a few weeks before I found out I was doing the marathon and the Arthur Rank Hospice Charity played a huge part in our lives during mum’s last few months. Having taken her to watch my sister run in London in 2015 for the same charity, I know she would have been extremely proud of me.”

“I think it’s safe to say my body was not built for running marathons! At times I’ve found the training really hard. But with the Shufflers’ support, and knowing the big difference the money will make to others going through the similarly horrid situation that I did, I know it’s going to be worth it.”

“Finally, I’m very much looking forward to my few weeks of ‘tapering’ before the big day and hope I can do the race justice!”

Richard (Rich) also gained his place through the Woodbridge Shufflers’ ballot. Richard is fundraising for the Friends of Woodbridge Primary School (FOWPS) where his son is a pupil.

“It’s hard to believe I’m turning 50 this year! And after stating on many occasions, “You need to be mad to run a marathon!” I was ‘lucky’ enough to get allocated one of the club places on this year’s 26.2 mile ‘jaunt’ around London. I’m pleased to say that my training is on target and I’ve just completed the Tarpley 20 mile run in under 2 hours 50 minutes so I’m hoping I can beat my target of four hours in the real thing.”

“I’ve decided to raise some funds for the Friends of Woodbridge Primary School (FOWPS) who work tirelessly all year to organize events for the school. With the money, they can provide the children with much-needed equipment and support.”

“I’m really looking forward to travelling down to London with my family and having them there on the day. I’m a little nervous about the race as it’s such a long way but I know I’ll be proud to complete my first – and very likely last – marathon!”

After having just returned to running following a foot operation in November (and in recovery from sciatica), Ian hopes to run VLM at a more leisurely pace this year. Ian says:

“My aim is to get around and enjoy the great race for the 4th time. This will be my 18th Marathon in all and I’ll be using London as a benchmark for my A race in The Chicago Marathon in October where I hope to complete my 4th major.” Go Ian! 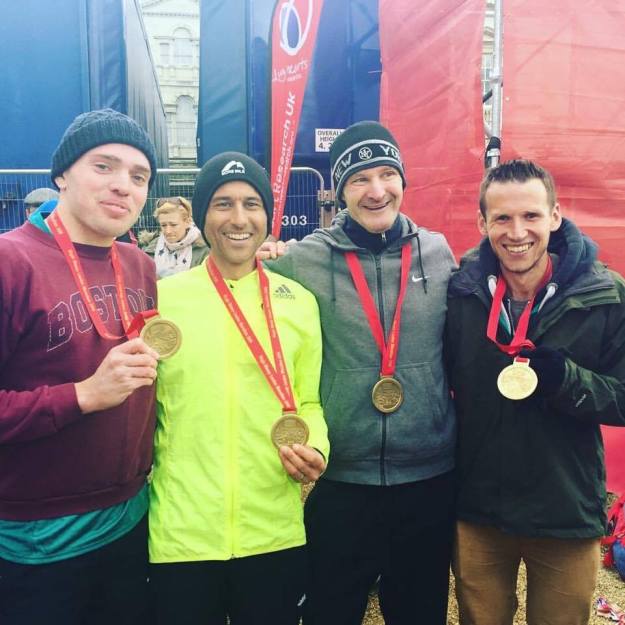 Fancy a place in next year’s London Virgin Marathon?

As a member of the Woodbridge Shufflers, we are pleased to offer our members the chance to enter our ballot for a place in the London Marathon. (read the full Ts & Cs here).  But at the Shufflers, we believe that running’s for life, not just for races! So why not come along to our training sessions and see what we’re about? You are guaranteed a warm welcome, varied sessions – and – if you still have the energy – a chat in the pub afterwards!

Learn more about club runs with the Woodbridge Shufflers.